The state election in Madhya Pradesh is due in November 2018, alongside elections in Chhattisgarh and Rajasthan. While the Indian National Congress (INC) is hoping for a ghar wapsi, the Bharatiya Janata Party (BJP) is aiming for a fourth consecutive victory under the leadership of Chief Minister Shivraj Singh Chouhan.

It’s a must-win election for the BJP after the setback in Karnataka. The elections lined up towards the end of the year are touted as the semi-finals to the Lok Sabha election in 2019. Madhya Pradesh sends 29 members to Parliament and is key to the scheme of things in 2019, as the party won 27 of the 29 seats in the 2014 general election. Any loss here would send out a wrong signal just before the Lok Sabha polls.

Madhya Pradesh has essentially witnessed a bipolar contest with a battle between the Congress and the BJP. Unlike in many neighbouring states, small or regional parties have not had much success here in state elections. The first BJP government in the state was formed in 1990 in the aftermath of the Ram Mandir movement, under the leadership of Sunder Lal Patwa. However, it lasted only till 1993 as the government was dismissed. From 1993 to 2003, the Congress governed the state under the leadership of Digvijaya Singh. In 2000, the state was bifurcated and Chhattisgarh was carved out, honouring a long-standing demand.

In 2003, the first elections held after the bifurcation, the BJP romped home under the leadership of firebrand leader Uma Bharti. In 2005, leadership changes were effected and Chouhan became the chief minister of Madhya Pradesh. Under his leadership, the BJP won elections in 2008 and 2013.

Regional parties trying to make a mark, with little success

Since the early 1990s, the Bahujan Samaj Party (BSP) has emerged as the third largest player in the state, with influence only in areas bordering Uttar Pradesh and with an average vote share of 6-7 per cent. The Samajwadi Party (SP) has also displayed good presence with an average vote share of 2-3 per cent. However, its influence has reduced substantially in the last two elections. While the SP bagged seven seats in 2003, the BSP bagged a similar number in 2008 but was reduced to four seats in 2013.

The Congress is exploring options of forming a Mahagathbandhan (MGB) to take on the BJP and is in talks with the BSP and SP. In the 2013 assembly election, the BJP recorded 44.9 per cent vote share and Congress, 36.4 per cent. Had the Congress, BSP, and SP contested together, the gap between the BJP and MGB would have reduced to just 1 per cent.

Congress hopes to benefit from anti-incumbency

The Congress is hoping to make a comeback by exploiting any anti-incumbency sentiment, which is natural to arise against a 15-year-old government, Gujarat being an apt and recent example. It is targeting the BJP government on agricultural distress, farmer suicides, crimes against women and below-national-average health indicators of the state. Congress strategists are buoyed by a Centre for the Study of Developing Societies survey, which says that the Congress would win in 2018. However, the sample size is only 980, and so, the results are not to be taken seriously in my opinion.

The BJP expects to win on the back of the development track record of Chouhan and Prime Minister Narendra Modi.

Madhya Pradesh, under Chouhan, has excelled, especially on the economic and social fronts. It is the second-fastest growing state (8.1 per cent compounded annual growth rate against national average of 6.9 per cent) after Gujarat (2012-2017), according to CRISIL, and has recorded the highest agricultural growth rate in the country apart from successfully shedding the infamous BIMARU tag. Madhya Pradesh received 16.4 per cent of the total investment in 2017, second only to Maharashtra.

BJP benefits from factionalism in Congress

While the BJP is banking on Chouhan’s popularity and remarkable mass connect with the people, the Congress has made their old warhorse, Kamal Nath, the Pradesh Congress Committee (PCC) president, youth icon Jyotiraditya Scindia the campaign committee chief and ex-chief minister Digvijaya Singh the chief of coordination in a bid to put up a united fight under a combined leadership.

After Nath became PCC chief earlier this year, he was able to generate media hype and it appeared that the party could pose a tough challenge to the BJP this time around. The leaders also initially did put up a united show, but years of factionalism have deep roots within the party and organisational structure. Social media and poster wars have begun between the supporters of Nath and Scindia as to who would be the chief minister. Arun Yadav, an ex-PCC chief, also seems to be sulking. All of this points to the fact that tall Congress leaders in the state are following their own agenda.

As elections in India turn presidential in style, not having a chief minister face may hurt the Congress party’s chances. In a CSDS pre-poll survey for 2013, 44 per cent of respondents said that the Congress would gain if it declares the name of its chief minister candidate in Madhya Pradesh.

In the end, it’s all about one of BJP against many of Congress. Chouhan is a proletarian leader and is arguably second only to Prime Minister Modi in terms of popularity. He has the image of a kisanputra, and of being a humble, down-to-earth person. The troika of Nath, Scindia, and Singh have an image of corporate royalty. In a way, the contest is between mitti se juda kisanputra and air-conditioned-room leaders born with a silver spoon. It is in many ways similar to a Modi-Gandhi contest of kaamdaar versus naamdar. An interesting battle on the cards indeed!

(This article was first published in Swarajya.) 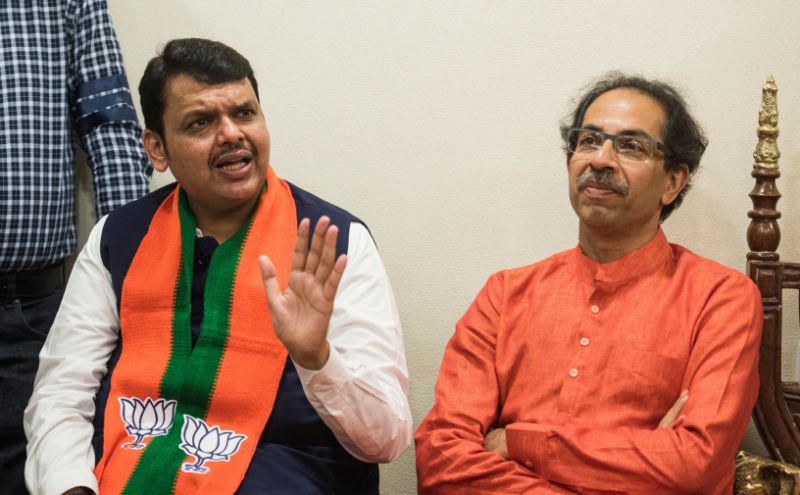